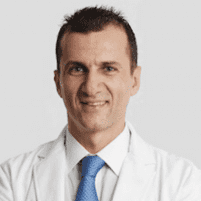 Heavy or abnormal bleeding between periods is a scary and confusing experience for women, and there are many different reasons why you may suddenly be experiencing it. At Advanced Endometriosis Center in NJ and New York City, NY, Ulas Bozdogan, MD, can help figure out the root of the problem and relieve the uncomfortable symptoms before they worsen. Call Dr. Bozdogan today, or book an appointment online to stop abnormal bleeding in its tracks.

What is abnormal bleeding?

Abnormal bleeding refers to any unusually heavy uterine bleeding that occurs throughout your monthly menstrual cycle, either during or between your scheduled periods.

Extremely heavy bleeding that lasts more than seven days during your period is called menorrhagia. For the average woman, soaking through more than one tampon or sanitary pad an hour is considered to be heavy and unusual.

Although light spotting between periods is common in many women, it’s important to contact your OB/GYN if you are suddenly experiencing heavy or irregular bleeding — even if it happens during your period.

There are plenty of reasons — both physical and psychological — you may be experiencing abnormal bleeding, including:

Although abnormal bleeding isn’t always a cause for alarm, it’s a good idea to visit Dr. Bozdogan when you experience symptoms so he can rule out more serious issues and offer treatment.

What are my treatment options for abnormal bleeding?

Dr. Bozdogan offers a wide variety of treatment options for abnormal bleeding, depending on the severity of your condition.

For many, the remedy may be as simple as reducing stress, though others may require a more invasive treatment like a surgical procedure.

A few common treatment options for abnormal bleeding include:

Like birth control pills, an IUD releases hormones in the body that prevent pregnancy and may also reduce heavy or abnormal bleeding.

Endometrial ablation is a surgical procedure that destroys the lining of the uterus to stop heavy or irregular bleeding in women. Unlike a hysterectomy, this procedure does not require a complete removal of the uterus.

Although rare, a complete removal of the uterus may be the only option for women experiencing abnormal bleeding caused by serious conditions like advanced endometriosis or uterine cancer.

To take back control of your body today, call Advanced Endometriosis Center or quickly book an appointment online.