Endometriosis. Can it get any worse? 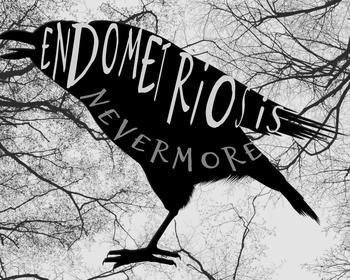 19th Century American poet Henry Wadsworth Longfellow, in his poem, The Arrow and the Song, wrote in 1845,

“I shot an arrow into the air,

It fell to earth, I knew not where…”

Such is the randomness of where endometriosis can implant. Being gland-like, like the innermost lining of your uterus (womb) that is discarded with each period, when it seeds different areas in your pelvis, anything else there can be invaded by it. Endometriosis is certainly a misfortune, causing pain and infertility even when it is localized to the areas of your reproductive organs; but when it involves other systems, its “arrows” can land anywhere.

When the tissue of the gastrointestinal tract (small and large intestine) become the targets, the very function of these important organs can become jeopardized. So the question stands—whether endometriosis can get any worse than just causing pelvic and gynecological problems; the answer, sadly, is yes.

Another “worse” is that average time it takes to finally make a diagnosis is 8 years! This is because a diagnosis of endo requires surgery, and because surgery is traditionally considered a “last resort,” many doctors are overly conservative; they mean well, but meanwhile your organs continue a progression of increasing danger for them.

Ask not for whom the bell tolls.

Ask not “…for whom the bell tolls, it tolls for thee.”

While Donne’s poem was a declaration that we’re all connected, it’s not a stretch to realize that your reproductive and gastrointestinal systems are interrelated. When endometriosis, a distortion of the reproductive system, implants on bowel wall, the relationship becomes more obvious: symptoms of endometriosis, e.g., pain and cramping, can coincide with intestinal issues such as bloating, cramping, and even obstruction. The culprit is what is called “deep infiltrating endometriosis,” which is defined by a penetration deeper than 5 mm of endometriosis into other structures. Since normal bowel wall is 2 mm or less, deep infiltrating endometriosis can easily involve its full thickness, present as what is called an endometriotic “nodule.” More worrisome is that it can actually cause a partial or complete obstruction of the bowel, which is a devastating emergency. Another emergency can involve bowel wall perforation when endometriosis involves the entire bowel wall, a situation that creates the highest risk for rupture and leakage of fecal contents into your otherwise sterile abdominal cavity. This can cause peritonitis.

Pain is a warning, and when you hear pain’s warning bells, you should heed them because they are meant for you. With bowel involvement, your list of complaints will exceed the usual (although bad enough!) symptoms of heavy, painful periods, and painful sex.

It can get worse—granted. How much worse?

Typically endometriosis of the bowel is discovered unexpectedly during surgery for diagnosis and excision of endometriosis localized to the pelvis. At this crucial time, a prudent surgeon should always be ready for this added problem. According to Dr. Ulas Bozdogan, a specialist in—and teacher of—robotic minimally invasive surgery,

“When I prepare for a surgery in which endometriosis is felt to involve other organ systems, I make sure I have specialists available at the very time of surgery to give my patient her best possible outcome. Bowel involvement can mean anything from removing a superficial nodule to removing a segment of intestine to eliminate the endometriosis. Because of this, I have other surgeon specialists on standby. We work as a team. Going into such a surgery without such prudent planning is a disservice to the patient and guaranteed to necessitate yet an additional surgery when everything cannot be done the first time.”

This is an important consideration in choosing a pelvic surgeon. If there were to be bowel involvement, you certainly wouldn’t want to come out your surgery being told you need more surgery. Also, a separate surgery later by a colon and rectal surgeon may be done without the cosmetic and reproductive sensibilities that are so crucial in a GYN surgeon’s inventory of additional skills. Even when endometriosis invades bowel, you will want your GYN surgeon to be the air traffic control tower so that your surgery can be one of maximum benefit—not just to your bowel, but to your gynecological future.

Besides the “team” approach that Dr. Bozdogan uses, he makes use of the da Vinci® robot and in fact has performed thousands of robotic surgeries. He prefers this approach for several reasons:

At NYCEndometriosis, Dr. Bozdogan considers himself your body’s champion, stopping at nothing to offer you your best outcome. For him, endometriosis anywhere—be it in your reproductive organs or on your bowel—should be, as Edgar Allan Poe wrote…