How Does a Surgeon Reach Unreachable Fibroids?


How Does a Surgeon Reach Unreachable Fibroids?

That vector force is OUT. The end of your uterus which crosses the back of your vagina has an opening, so when the vector force is outward, whatever is pushed along this vector—that is, out—can be passed out to the outside world, whether it is a baby or menstrual tissue to be discarded.

From a functional point of view, since its anatomy is globular, there really is no top or bottom of it when it comes to contracting. This means that any overgrowths of its fibromuscular tissues, called “fibroids” (leiomyoma, plural, leiomyomata), can occur anywhere in or out of its rounded structure.

Your uterus has an inside, a space in which a baby grows or which holds thickened tissue in preparation for that baby; and when there is no baby, it is designed to slough away and be discarded, as described above, outward. Fibroids can even grow from this inside wall, hanging in the space and interfering with menstrual function or implantation or fetal growth.

You, on the other hand, do have a top and a bottom—just as much as you have a left and a right side. Fibroids, since they can interfere with fertility (by blocking the pathways for conception or wastefully occupying space meant for implantation) or sabotage your quality of life (by making your periods unmanageably heavy or prolonged), are sometimes best removed.

Fibroids, while benign overgrowths, are “extra.” They do not participate in the function of your uterus in any way, so when they prove to be a problem (as above), they can be removed without altering the important goals of the contracting uterine muscle.

When they grow within the muscle, they are easily approached from the external surface of your uterus; when they originate from the inner muscle and encroach on the intrauterine space, they can be removed hysteroscopically, a technique using a vaginal approach that looks inside your uterus through its opening (your cervix).

Fibroids can even be shrunken to some extent, using hormones, but most women do not choose this if they have no symptoms or if pregnancy is not desired; other women who suffer from fibroids do not have the patience (easily understood!) to wait out the lengthy time it takes to make them smaller. Another method is using sound waves similar to the lithotripsy used for kidneys stones, but this is not a totally benign procedure—fraught with a recovery curve all its own. Yet another method is to thread a catheter into your blood vessels for an injection that can obliterate the arterial blood supply to the fibroid, a method that is impactable if there are multiple fibroids; also, doing it this way is as much a “procedure” as using minimally invasive surgery to remove fibroids.

Because there really is no top or bottom of your uterus when it comes to fibroid(s), this can become inconvenient for the surgeon looking to remove it (them). Surgery for fibroids uses the “top” approach, that is, through your abdomen. In the good ol’ days of surgery (which were really the bad ol’ days), even fibroids on the furthermost side of the uterus were not a problem, because the uterus could be pivoted to expose this site. However, this required an “old days” incision, much larger than the tiny “Band-Aid” incisions of today’s same-day outpatient surgery. While a wider incision offered two-hand surgical dexterity, it made for longer recovery time (4-6 weeks instead of 4-6 days), more likelihood of infection and internal scarring (“adhesions”), longer hospitalizations (3-5 days), and much more pain and loss of employment.

The problem of big incisions was solved in the last decades with the implementation of minimally invasive gynecological surgery. Suddenly, the above problems went away—recovery became fast, risk became less, and pain became minimal. Back to work came quicker, too. But all that was the good news.

The bad news was that laparoscopic surgery (minimally invasive surgery that uses a scope through the navel) used poles with tiny instruments on their ends which moved, cut, or burned through additional tiny incisions where needed. As such, this limited the procedures to simple surgeries in which two-handed dexterity was not needed. In other words, this approach suffered from there being parts of your uterus that were unapproachable. A surgeon had no guarantee he or she could flip your uterus up to get to a fibroid for its removal. Or even see it.

This represented a dilemma, because a woman with problematic fibroids could choose only between a large incision with it increased risks and downtime or same-day surgery with its limited approaches and prohibitive anatomical considerations.

This dilemma has been completely dismantled by the use of robotic surgery—using robots such as the da Vinci® system. This device uses the tiny-incision approach of minimally invasive laparoscopy while also having the advantage of the two-hand dexterity of larger procedures. This means that as a patient, you can have the best of both worlds—complete surgical therapy without the added risks of infection, downtime, and pain. How, short of a tiny, miniaturized surgeon, can this be accomplished?

Honey, I Shrunk the Surgeon

With robotic surgery, your surgeon sits in a booth in the OR with you, and he/she has gloved attachments that parallel his/her every move to similar movements duplicated within your body by the robotic instruments. There are left and right-handed manipulations possible. Additionally, there are two views, rendering a 3-D appreciation for your internal anatomy. This is also an improvement over conventional laparoscopy, which was depicted on a 2-D TV screen; your robotic surgeon, alternatively, enters a virtual reality of your internal abdomen by wearing stereoscopic goggles.

Over, Under, Around, and Through

The best part, however, is that any robotic views can be manipulated to originate anywhere from within your abdomen. Over here, back there, under this, over that. Suddenly, a fibroid that is poking under your uterus, otherwise hidden from view or unapproachable by conventional techniques, can be spied from the additional approaches the robotic instruments use and then addressed. Difficult excisions become routine. You come out of even large procedures that involve multiple fibroids with all of the benefits of minimally invasive gynecological surgery.

The progress of innovations in medicine and surgery moves fast. For your doctor to use the latest and best state-of-the-art technology, constant education is necessary. Dr. Ulas Bozdogan is one surgeon who has ridden the technology curve from open operations to laparoscopy to—now—robotic surgery, which is the finest technology to date for many abdominal surgeries, including robotic excision and removal of uterine fibroids. In fact, he even teaches this innovative technology to other surgeons who want to keep up with what’s available.

When your fertility or quality of life are at stake, you won’t want an “old days” surgery; you’re best served taking advantage of the most advanced and efficient methods used, such as the robotic surgery Dr. Bozdogan performs. 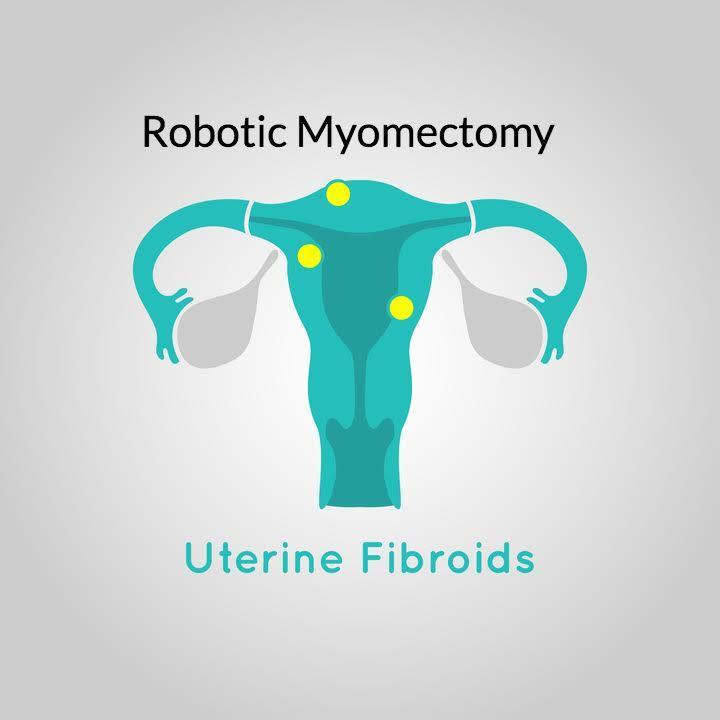